It’s interesting to know something about the growth of Rotary over the past 105 years and at the same time, learn something about our club. Rotary may have started in Chicago in 1905 but the second club was established in San Francisco in 1906 and third club Oakland was established in 1908. Certainly, when those clubs were started San Ramon did not exist and it was not until 1983 that a Rotary club was established in the new City of San Ramon. Two Charter members of the San Ramon Club are very important to our club history as well. Allan Frumkin and Bill Gregory were both charter members of the San Ramon Rotary Club and they shared office space on Crow Canyon Road. They both has been Rotarian’s for over 10 years when in 1993 Allan Frumkin was our District Governor and Bill was interested in forming a new club in the area that would meet in the evening and reach out to interested individuals in all the communities of the Tri-Valley. So Bill, with the backing of the district began his recruitment in 1993 and prior to chartering the club he was able to meet individuals in our community such as Laura Day, Peggy Ann Valley, Mark Murphy and Dany Nolan( who later became Dany Gregory). They all became part of the “chartering” group for the San Ramon Valley Rotary. It took most of a year to reach the required 25-member minimum but on August 8, 1994 and under the leadership of the District Governor, Lou Gerard, the San Ramon Valley Rotary Club was founded. Bill was our President for the first two years. Our club since that time has had many good leaders and we have achieved many of our objectives to the benefit of our community and the world. However, it was the view of our founder, Bill Gregory, that the future would always bring better leadership and increase service. It takes committed and talented members to meet this challenge but the fact is that our club is growing and we continue to answer the needs and challenges we see. It is truly great to be a Rotarian and to carry on the work that was first seen as important to the charter members of our club and especially our founder, Bill Gregory,  aka Mr. Rotary. 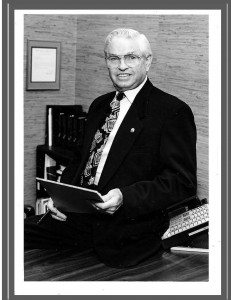